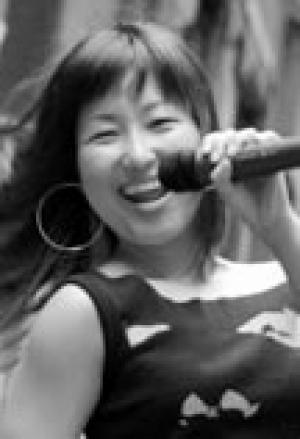 Most current is 'Mamma Mia' the Musical, playing Ali.
Completed an independent feature film, 'GRIM', in the role of Japanese Girl
Role of the Nurse in a telemovie, 'Natalie Wood'
Cameo in tv series, 'Life Support'
Studied at WAAPA, Bachelor of Music theatre for 3 yrs
This would have to be the highlight in my career so far - in high school I sang at Alan Jones' house for his little Xmas party
This would come a very close second- In year 11 I won first place and 500 buckeroonies in the Warringah Mall Talent Quest... Yeeees, those were the dayz...