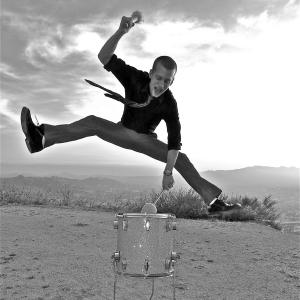 Over 20 years after receiving his first pair of drumsticks, Sean Rainey has developed into an exciting and original drummer, whose playing has taken him across the globe. Originally from Oakland, CA, home of the “East Bay Grease”, Sean has shared the stage with international vocal stars the Three Irish Tenors, drumming legend Ricky Lawson and the Oregon Marching Band to name a few. Finding joy in the wide variety of musical styles and cultures, Sean has toured Europe with an award winning concert band, traveled to Ghana to perform traditional African drum and dance and done session work for the major film studios in Los Angeles.

Sean’s musical life began long before he touched the drums. Kicking in time at a Rolling Stone’s concert while still in the womb and going to his first Grateful Dead concert at age three are a couple of the early moments that helped define Sean’s course in life. Growing up listening to anything from Ravi Shankar to King Crimson to Mile Davis gave him the inspiration before he knew what drumming was.

A graduate of Berklee College of Music, Sean maintains a busy performance and teaching schedule. Based in Los Angeles, he has performed with local and national artists, including The Aggrolites, Kevin Richardson (Backstreet Boys), Dub Thief and Mandorico as well as being the house drummer at the Montage Hotel in Beverly Hills with the Rob Gonzalez Trio. Sean is a Vic Firth Teaching Endorsee.