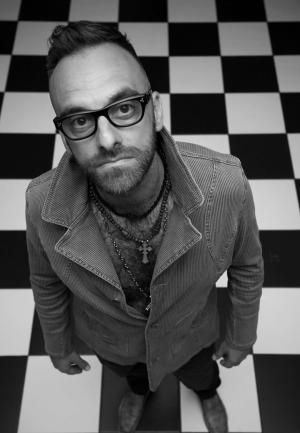 Featured on Channel Ten's 2014 [Season 5], 2013 [Season 4] & 2010 [Season 1] of Australian TV drama series 'Offspring' playing the part of 'pub drummer'. The part included recording and tracking the drum parts live on set for use during post-production and working with actors and musicians such as, Clare Bowditch, Eddie Perfect, John Waters, Kat Stewart & Deborah Mailman.

Performed on drum-kit, drum machine & vocals with Dr FINK [member of Prince and the Revolution] at The Toff In Town, in his first and only Australian performance in Melbourne 2014.

Performed with Alpha Sinfonia Orchestra & Anthony Warlow at Opera In the Alps in Beechwoorth and featured on drum-kit with James Morrison & Teddy Tahu Rhodes at Opera In the Market [Queen Victoria Market] 2014.

Performed on drum-kit and Roland SPD-s [sampler] for U.S. musician / producer, Osunlade in 2013. [Osunlade has worked with, Patti Labell, Roy Ayers, Salif Keita, DJ Jazzy Jeff and many other artists]

Performed on drum-kit and Roland HPD-15 [sampler] for U.S. hip-hop / soul artist, Miles Bonny on his debut Melbourne show in 2013.

Co-founded, recorded and performed with the Funk / Hip-Hop / Soul group SURESHOCK from 2003 to 2010. Recorded, performed, mixed, mastered and produced the debut single release of 'Beautiful September' by SURESHOCK which was an independent CD release in September of 2007.

Performed with SURESHOCK as support act for New York based a-capella group Naturally 7 at The Palms at Crown in 2009.

Composed, performed and co-produced the debut EP 'I Give It Up' by SURESHOCK which was released internationally on iTunes and nationally on CD in October 2009 featuring artwork by world renowned Chicago artist Cbaby Bayoc. Performed with Brazilian percussion group Tumbarumba at the 2006 Melbourne Commonwealth Games featuring on drums, percussion & vocals.

Toured with Triple J unearthed winners Fizard in Tasmania as part of their Australian Tour 2005, featuring on vocals and percussion.

Completed Bachelour of Music Performance (Improvisation) Drum-Kit with Honors in 2002 at the Victorian College of the Arts, Melbourne.