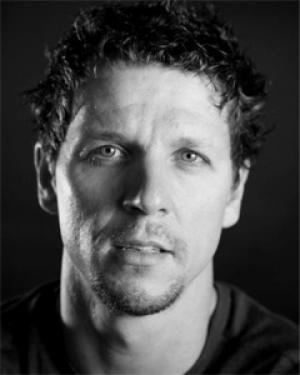 Trained in all facets of the entertainment industry. He has been working since 1992 starting at Australia’s Wonderland as a singer dancer, and then Conrad Jupiters Casino QLD, working with choreographers Ross Coleman and Robyn Moase.

He is an original cast member of ‘Dein Perry’s Tap Dogs,' which he toured throughout the world including London's West End and New York City.
In 1997 Nathan became Dance Director and took over the lead role in 'Tap Dogs' for the North American Tour.

He played the lead role in Dein Perry's 'Steel City, which took him back to New York for a season at 'Radio City Music Hall.' (Broadway)

He assisted Dein Perry to choreograph the 'Sydney Olympics' in 2000 and also performed with Kylie Minogue at the closing ceremony Choreographed by William Forsythe. In 2001 he worked on the Australian musical of 'Shout' as an original cast member with minor roles under the direction of Richard Wherrett, and in 2004 performed at the Lyric Theatre in Sydney's 'Star City Casino’ in the hit musical 'Mamma Mia!' playing the role of ‘Eddie’. During this time he Co-Created, Directed and choreographed BPM beatsperminute, which has had two sell out seasons at the Sydney Opera House and finished an Australian Regional Tour. In 2007 Nathan was Co-Director/Co Producer of a new tap dance company in Sydney “Tap Works” producing ‘No Restrictions’ at Nida, and in 2008 Nathan starred in the original cast of ‘Billy Elliot’ the musical in Sydney and Melbourne. In 2010 Nathan returned to Tap Dogs for another USA tour then in 2011 returned to Australia to work as a tap dancing penguin in Happy Feet 2.

Of late Nathan has continued to choreograph and create works for many of Sydney’s top fulltime courses and junior schools, and still continues to teach the up and coming Tap Pups at Tap Dogs HQ.