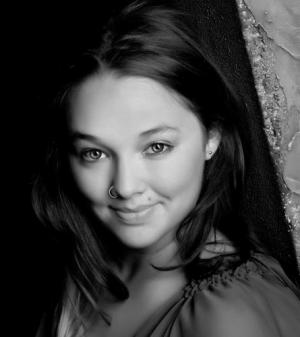 Singing, dancing and acting since the age of five, Lindsay has performed in numerous venues throughout the Los Angeles area. Her extensive musical theatre and acting credits include Annie, The Wizard of Oz, Joseph & the Amazing Technicolor Dreamcoat, Little Women, Pinocchio, and Willy Wonka and the Chocolate Factory. She was nominated for a Canyon Theatre Guild Goldie in 2001 for her role as The Cat in Pinocchio. Her most recent credits include the role of “Joanne” in Santa Clarita Regional Theatre”s production of Rent (2010) and the lead singer in a 7 piece live band/tap dance combo called BPM (Beats Per Minute) (2012-present).

For four years Lindsay participated in the advanced show choir at William S. Hart High School, where her senior year she was voted Best Female Vocalist. She was a solo finalist at the esteemed Show Choir Camps of America in Decatur, Illinois, and twice a finalist at the National Association of Teachers of Singing (NATS) in Los Angeles, where she dazzled the judges and was selected from hundreds of contestants to sing at the final recitals. In 2003, she was a semi-finalist in the 15th annual Music Center Spotlight Awards.

Lindsay is a requested act at events for organizations such as Soroptomist International of SCV and the Betty Ferguson Foundation, and in 2008, she was chosen to sing and received a standing ovation for her rendition of the National Anthem at the Dodger Stadium.

With particular love for studio recording, Lindsay is just as accomplished behind a studio microphone as she is on stage. For Los Angeles songwriters Jon LaCroix and Steve Harriton, she recorded the original songs My Lips are Sealed, S.O.S., and Super Girl, featured on her own demo, as well as the demo songs Lean and Without Love for Green Day’s Jason Freese.

Lindsay studied voice for many years with acclaimed teacher Andrea Vibe of Vibe Performing Arts Studios in her hometown of Santa Clarita, CA. In 2005, Lindsay moved to Boston where she studied Vocal Performance at the Berklee College of Music. Currently living in Los Angeles, she has sung lead for bands with jazz, funk, blues, reggae, country, pop and even electronic sounds.  Lindsay is always studying her craft, and is excited to have started her own vocal coaching career at Vibe Performing Arts Studios in Santa Clarita, CA.
Lindsay hopes to share her passion with other aspiring vocalists and to become one of the greatest professional singers of her time.

GROOVE APPROVED
I can see this show being a hit on stage, as well as on the streets
Deborah Searle, Dance Infoma