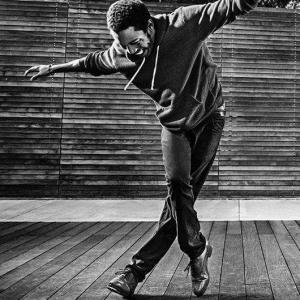 Kenji Igus has been tap dancing since the age of six and has been teaching since the age of fifteen. He has shared the stage with such tap notables as: Gregory Hines, Steve Zee, and Jimmy Slyde. Kenji can be seen in a variety of media including doing work for ESPN, Capezio and MTV and is also featured on Jason Derulo’s “Walk to Fame” video as a special guest artist. Kenji is featured in the short film, SAND documenting a father and son relationship and the precedence of the lost art of the tap dance sub-skill, sand dance. Kenji toured Africa with the legendary Jazz Tap Ensemble as a cultural ambassador representing the US Embassy, teaching and performing for the local communities. Back in the states, Kenji has choreographed two shows for Universal Studios Hollywood, Tapworx and Furious Beat the latter of which involved linking tap dance to the Fast and Furious Franchise! Most recently, Kenji Has consulted on a Coen Brothers movie, “Hail, Ceasar” and currently developing shows that deal with propelling tap dance into a modern context.

GROOVE APPROVED
Innovative, cheeky and energetic. There is nothing else like it in our theatres today.
Kate Herbert, Herald Sun