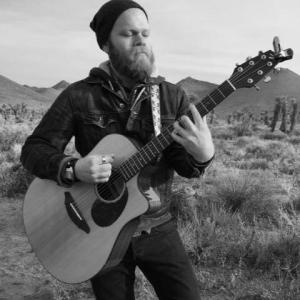 Jim Briggs is a San Francisco Bay Area native living in Los Angeles. He's a graduate of the Berklee College of Music with a B.A. in Jazz Composition. He began playing music at age 9.
Jim's musical interests and influences vary from rock to jazz to drum corps (Blue smoke!), from Circa Survive to Charles Mangus to Ani DiFranco. It's not unusual to find him playing an acoustic indie-pop show on Friday and a metal festival on Saturday. Before moving to Los Angeles he spent 3 years working as a guitarist on cruise ships and travelled to 32 countries.

Jim can be found all over Los Angeles performing with Tides, Pacific Public, Three Act Tragedy, Lunar Rogue, "The Rocky Horror Hipster Show" and others. He's had song placements on MTV, The Discovery Channel and in several short films.

In 2015, Jim began a collaboration with Swedish artist Lisa Halling which became known as Pacific Public. Their debut EP "Kingdon of Sunshine," which Jim co-wrote and co-produced, is expected in late 2015. Also, see Jim on the road with Tides in 2016.