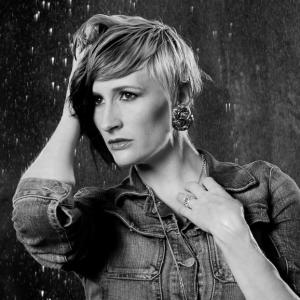 Brooke hails from Toledo, Ohio where she learned how to dance from her masterful mother Brenda Paulsen. She has worked with tap heavy weights such as Jason Samuel Smith, Chloe Arnold and Fayard Nicholas. She is one of the most respected female tappers in Los Angeles. She continues to travel the world sharing her knowledge and love for dance. She assisted Al Gilbert and Darryl Retter on Stepping Tones, now known as Music Works. Because of this experience, she has the ability to teach any age and any level. At the age of 17, she moved to Los Angeles, California.

Shortly after moving to Los Angeles, she was quickly recruited to be in Gregg Russell’s company Tapsounds Underground. She trained under him for many years along with Keith Clifton, Alex Magno, Helene Phillips and Jason Samuel Smith. There were many opportunities that came her way such as performing with Pink, Sisqo, Paulina Rubio and T.A.T.U. featuring the Pussycat Dolls. She has performed in the The MTV Movie Awards, The Muscular Dystrophy Telethon, which won an Emmy for choreography and industrials including Adidas, Domino’s, IBM and Google. She appeared on television shows like Sabrina: the Teenage Witch, The Nikki Cox Show and The Young and the Restless.

Brooke realized that she wanted to continue sharing her passions and knowledge of dance. She has taught for The Edge Performing Arts Center and Retter’s Academy of Dance. She taught for Dance Masters, Music Works, New Talent Generation, Hollywood Dance Experience and Dance Makers Inc. She was also on staff as a judge for Rainbow Dance Connection and Showstoppers. She is in such high demand that she is asked to teach and choreograph around the world. Her choreography is nationally award winning.

Brooke continues to transition from dancer to upcoming choreographer. She worked as an associate choreographer to Kevin and Marcel Wilson. Together they choreographed industrials, commercials, music videos and stage shows. Their work includes the Rio Hotel & Casino: The Show in the Sky, the Bellagio New Year’s Eve show, The Nefful Industrial, Jery Sandoval music video and VIV Magazine commercial. They choreographed the “James Brown Tribute” starring Wayne Brady on Dancing with the Stars and worked as the assistant choreographer for Ringling Brothers, Barnum & Bailey Circus. Brooke has recently choreographed for Beach Body, worked with the world renowned trainer Autumn Calabrese.