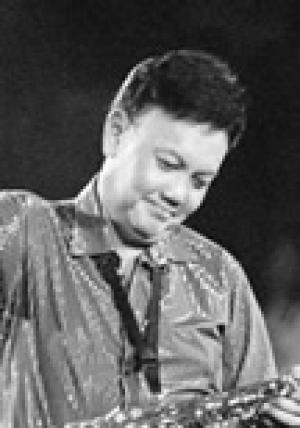 Born in Singapore born, Andrew's interest in music begun early in childhood during the 1960's when he began to learn a wide variety of woodwind instruments and some Latin percussion, studying from various master tutors of the time.

Andrew spent most of ten years in Hong Kong during the 70's working as a studio musician and supported many international artists like Roberta Flack, Sammy Davis Jr., The Bee Gees to name a few. In late 1979 he was contracted to Italian singer Fred Bongusto for 5 years which allowed Andrew, while in Italy, the opportunity to work with many jazz musicians including American musician Tony Scott and Italian pianist Romano Mussolini. During this period Andrew also taught music at Milan's highly acclaimed school of arts and drama, Centro Teatro Attivo.

In the last 20 years since his arrival in Australia, Andrew has performed and recorded with Australian artists such as Tommy Emmanuel, Margaret Urlich, Marcia Hines, Daryl Braithwaite, Grace Knight, Anthony Warlow, Mark Williams, Doug Parkinson and many others. In Australia Andrew also supported international artists such as John Denver, Al Jarreau, Cher, The Supremes and Elaine Paige. Andrew has also been involved with several musicals in Australia including The Blues Brothers with Russell Crowe, George Washingmachine & Simon Westaway, Jesus Christ Superstar, Grease the Musical, Fame the Musical and the musical SHOUT, toured nationally.

Andrew released his debut CD SILK in Australia with Devine Music which received great success in Australia & Asia and that led to a recording contract with an American company, Honest Entertainment in Nashville (USA). His second self titled CD charted in the top 20 of the Gavin Smooth Jazz charts in America and received excellent reviews and extensive airplay in the US and Canada. This album which features original smooth jazz compositions, also featured an all star supporting cast including, David Hungate (TOTO) on Bass, Chester Thompson (Phil Collins, Genesis) on Drums, world class percussionist Eric Darken and the keyboard wizard Tom Reynolds and world renowned guitarist Denny Jiosa. The album was produced by the team of Michael Moryc and Denny Jiosa of Mosa Productions.

In 2006, Andrew recorded an album entitled “Respect” with long time friend Anders Nelsson and it was released in China only through “Mutual Chord” recording company. The CD was very well received and sold several thousand copies.

Currently Andrew is working in Sydney, performing at various venues and festivals throughout the year. He is also teaching and giving “music workshops” at schools in Australia and freelances as a session musician for recording projects and also performs regularly with various bands in Sydney.